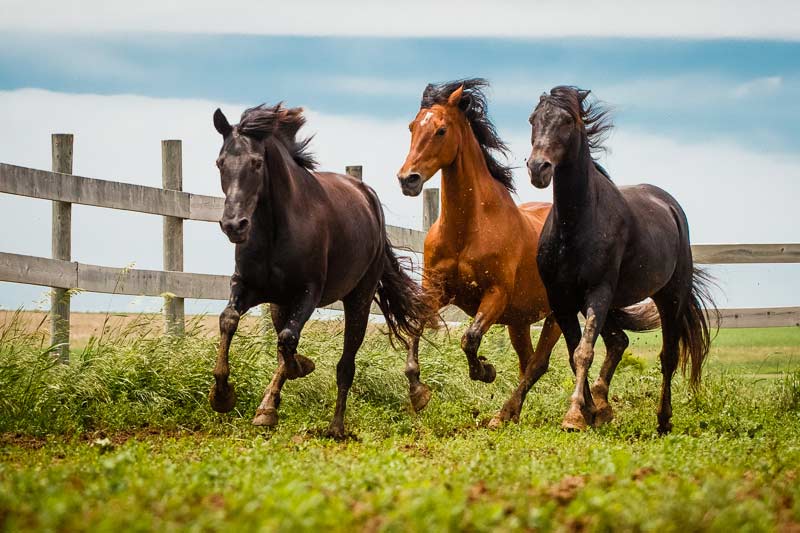 Morgan is an old horse breed. This is one of the first horse breeds in the United States. When the Americans started extensive riding on a horse, this breed came into being. Morgan’s horse was named after Justin Morgan who was among the first owners. 19th-century American history was greatly influenced by Morgans, which played a crucial role during the American Civil War.

Morgan horse has a clear influence with several other popular horses, like American Quarter Horse, Tennessee Walking Horse, Standardbred, as well as some other popular horses. Morgans were exported to other countries during the 19th and 20th centuries. In England Morgan stallion greatly influenced the breeding of hackney horses.

Since the nineteenth century, the Morgan horses were famous for their utilitarian abilities, that is, a horse that could plow the fields all day Saturday, drive the family car on Sundays, and work on Mondays. Because of this utility, Morgan came very popularly in the shortest time.

Because of its tolerance and speed, the horse could also harness racing, carriage driving, and trotting races. organ horses were used on wagon trains running west, as a cavalry mounted on horseback for cattle, and as a wagon supplying artillery transport.

During the Civil War, more than 10,000 Morgan was acquired from the state of Vermont to actively meet wartime requirements for the military. Furthermore, during California’s gold rush (1848–1855), the horses entered the goldfields in order to support their masters.

There is a U.S. Morgan Horse Farm near Vermont, Middlebury, established by the US Department of Agriculture, in order to stabilize, grow and improve the Morgan breed. The farm was later transferred to the University of Vermont in order to propagate extensive research.

Morgan is a compact and refined breed that comes in various colors with different variations of pinto. Usually, it has bay, black, or chestnut color. Used in both English and Western branches, the breed is famous for its versatility.

Among colors, bay, Black, and Chestnut are the most common. The less common colors include Gray, Ron, Right, Silver Daple, and Chroma Deleu.

Shaun includes Palomino, Buckskin, Carmelo, and Paulino. Moreover, three Pinto colors are also significant,  Sabino, Frame Overo, and Splashed White. It is to note that, there is no official breed standard for the color aspect of Morgan’s standard.

Like all other horse breeds, Morgan also has a set, official standard type. Morgan has strong legs and an articulated head with a straight or slightly convex profile as well as a spacious forehead.

The eyes of the breed are large and distinguished. They have a glittering, sharp look in the eyes. The shoulder and back are elaborated and dry, with a steep, round arch.

The back of the horse is short and is strongly muscular, where a long and well-muscled croup is visible. The tail is attached to the heights and is a great straight appearance.

Gates are animated, elastic, and square with the front and back legs balanced. Some Morgan’s are gated, which means they can perform racket, foxtrot, or any intermediate speed gait, other than the trot.

According to the Equestrian Federation of the United States, “A Morgan is distinguished for its stamina and vigor, personality and enthusiasm and strong natural”. The breed is quite intelligent, courageous, and has a good reputation.

They are also a common healthy breed and do not often create problems by digging.

A genetic disease has been identified in the Morgan breed named, type 1 polysaccharide storage myopathy, which is an autosomal dominant muscle disease that is mainly found in stock horses and draft horse breeds, resulting in instability in the JYS1 gene.

The breed may also have the lethal white syndrome, a fatal disease that is seen in fossils that are common to the frame overo genes,.

Size of a Morgan horse

As a common breed, morgans usually require less food than many other full-size horse breeds. They require at least a standard diet of quality grass, beans, lentils, straw, and grain.

As a horse owner, one must not allow their horses to eat too many sweet foods. Excessive eating may cause Morgan to become obese. A smart horse owner always restricts the horse to maintain a healthy body condition.

Morgans are loyal and intelligent, Generally, it’s easy to train them, and do not have many behavioral problems.

Since it loves its owners, basic training should be very easy with them. However, enforcing any command may not be favorable, instead of giving rewards.

The standard Equine Grooming exercises for Morgan horses should be fine. Brush and rinse your horse’s coat at least once or twice a week in order to remove dirt and debris.

Keep in mind to remove the thicker manes and ledges to prevent mats. Also, check your horse’s hoof daily for dirt, debris, infections, and injuries. 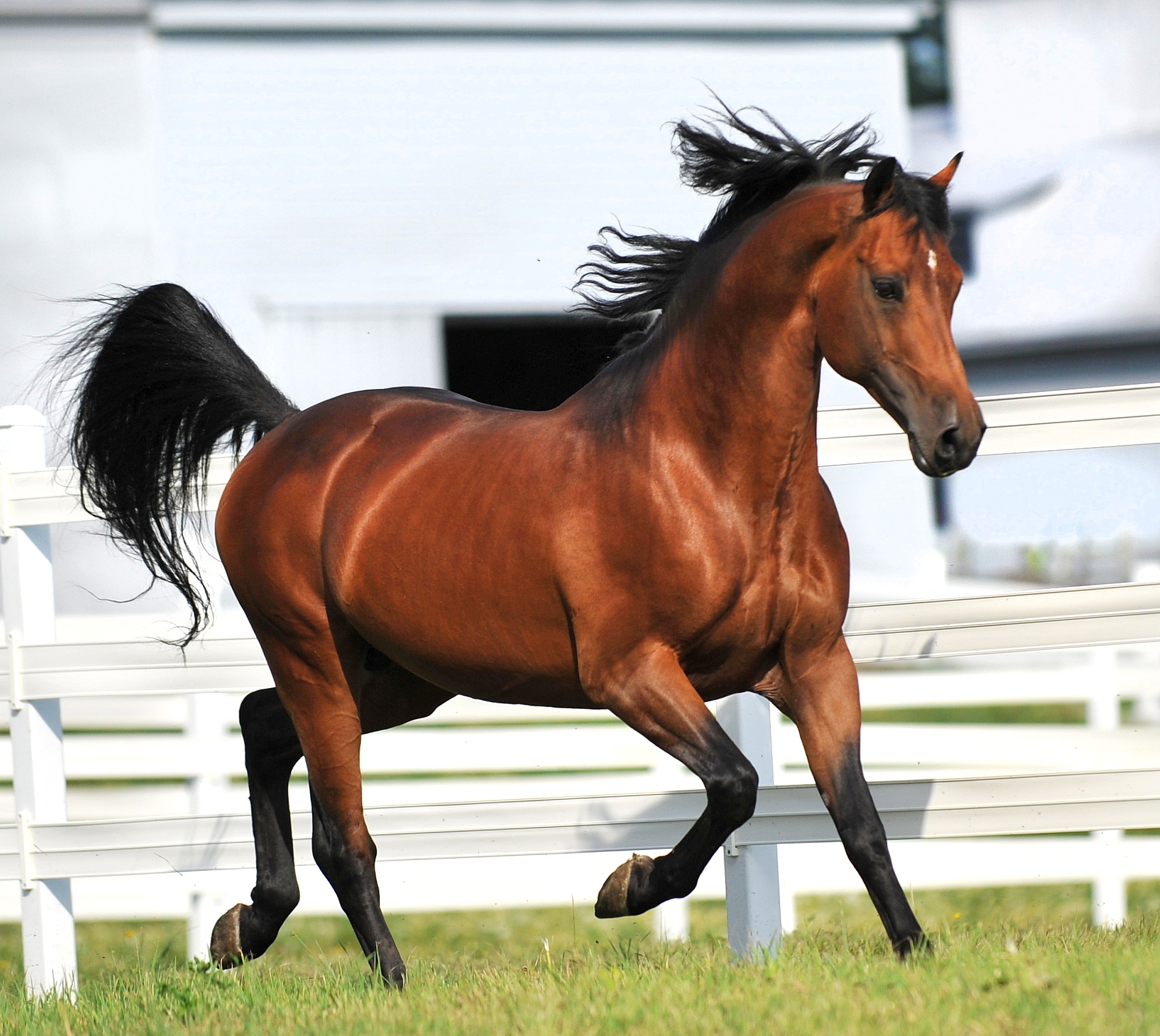 As seen with the stallion figure, since the beginning of its origin, Morgan was popular for its athleticism, ability, and cooperative nature.

In fact, Morgan has been a horse with a long-standing vision and expertise in the area of industrialization agriculture, and transportation. It used to carry the family buggy as well as many field sticks on a regular basis.

Morgans were also used for trotting on the race track and mounted on horseback during the war, as well as carry wagons. Today, Morgans are able to significantly compete in sports in almost every equestrian category.

Morgan horse is quite strong, with its compact body and refined features. One must be astonished to observe its regular postures which are full of many distinctive features.

The breed is proud and alert and can carry its heads and tails higher than many other breeds.

The temperament of Morgan is quite distinguished. This friendly horse is usually keen to please its owners and even enjoys meeting strangers.

Although it may be animated and sleek to some extent, it is still very affectionate and known for its all-time loyalty.