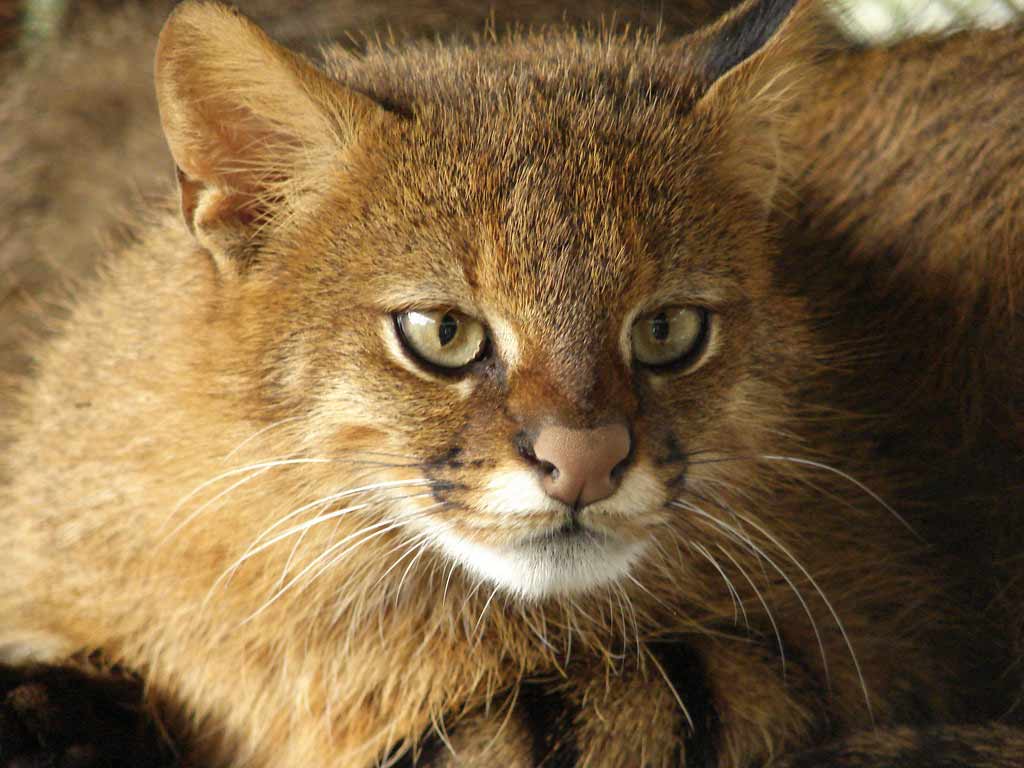 We find many interesting breeds of cats in the world. Colo colo mountain cat is one of them with so many amazing traits. The other name of Colocolo wild cat is Pampas cat, scientific name Leopardus colocola. Colocolo Cat is a small wild cat native, especially to the South American region.

This article will give an overview of the wild mountain Colocolo Cat profile.

According to the IUCN Red List, the Colocolo cat is listed as Close to Threatened as habitat conversion and destruction trigger the inhabitants to decline sooner or later.

Colocolo cat is also often known as a Pantanal cat. It’s named after the Pampas but found in grassland, shrubland, and dry forest at the mountain height of more than 5,000 m, or 16,000 ft. It is not so common for many other cats to survive on that elevation.

Researchers have divided Colocolo Cat into three distinct species, according to the variations in pelage color and cranial measurements.

However, due to subsequent phylogeographic evaluation, because of some geographical substructure the cat breed is considered as a single species.

The Pampas cat is recognized as a single species with seven subspecies by some cat experts.

Colocolo Cat, Leopardus colocolo seems like a home cat, and because of its skinny and straw-like fur, it looks thinner in hot climates.

The Colocolo Cat can be of different colors, such as yellowish-white, grayish-yellow, brown, gray-brown, silvery gray, gentle gray, or darkish rust, with some other exceptions. The under part of the body is whitish or cream and marked with brown or black spots or bands all through.

These can be red gray spots or streaks on the pelage of the coat, which might be without any mark apart from brown bands on the legs and tail.

There are long, mane-like guard hairs on the backside of the cat which can be seven cm long. The cat erects these when frightened, feared, or nervous for any reason.

Their head is broad with a short muzzle. The cat has comparatively big, amber eyes with a sharp look.

The ears of the Colocolo cat are significantly pointed and are gray-black on their back with a silvery-white central spot.

The legs of the Colocolo cat are short and stout, marked with brown or black bars and spots all through it. Their tail is thick, quite short and bushy, and generally marked with vague rings all around. It is one of the significant traits of the breed. Because of their different color, the taxonomy of the cat remains confusing all the time. A division into three species was proposed as Leopardus colocolo, L pajeros, and L braccatus.

The scientific name of colocolo has been derived from the historic Araucanian warrior chief of Chile. 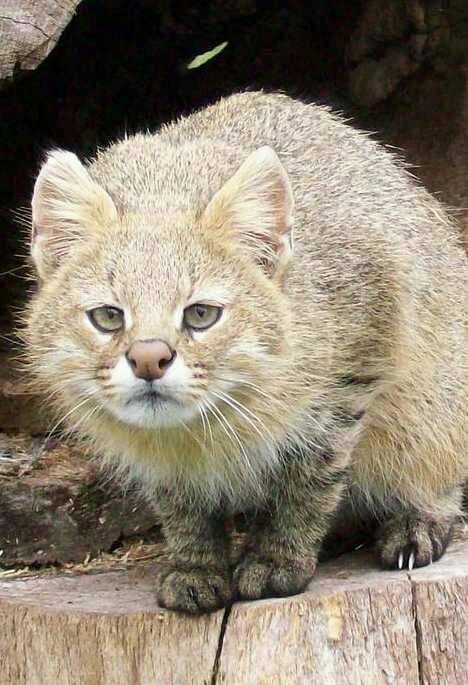 The Colocolo Cat has a large distribution that extends over a significant part of South America. It lives in Argentina, Bolivia, Brazil, Chile, Ecuador, Paraguay, Uruguay, and Peru, and marginally in south-western Colombia.

In the north, the breed is found in the Mato Grosso of southwestern Brazil, into Paraguay, Bolivia, the Peruvian Andes, and central Chile to part of Ecuador.

Since declared extirpated from Uruguay, it has been existing there in very limited numbers.

In the Andes Mountains, the breed simply confuses the Andean Cat, Leopardus jacobita because of many similarities.

Habitats of the Colocolo Cat vary from many other Latin American cats. They are found in grassland, cloud forest, open woodlands, swampy areas, savannah, dry thorn scrub,  and are absent solely from the lowland rain forest.

They are available in as many as 5,000 meters within the Andes, the shared habitat with Andean Cats.

The cold, semi-arid desert of Patagonia is another good habitat in the southern territory.

The breed loves to live in natural habitat, and not in the makeshift places, comparable to forest plantations and the fringes of agricultural and settled areas.

The colocolo cat is terrestrial and hunts primarily on the bottom of the food chain.

The breed also takes flamingos and ground-dwelling birds and even penguin nests for eggs and chicks in Patagonia.

This little cat may also kill grownup goats and raid chickens and ducks.

The gestation is 80 – 85 days, and litters are comprised of 1 to 3 kittens. The breeding season of the few Colocolo Cat in captivity is from April to July.

The cat breed usually lives over 16 years in captivity. However, the cat is aggressive and never conscious of taming.

Litters of the cat are comparatively small, consisting of just one, two, or three kittens.

The weight of the kittens is around 130 g (4.6 oz) at birth. The average lifespan is 9 years, however, some have lived for over 16 years.

Within the IUCN Red List, they’re thought-about as Close to Threatened.

In Argentina, Bolivia and Brazil it’s even treated as Weak. In Uruguay, the species was treated extinct.

In Chile, the breed is considered probably the most endangered.

Necessary conservation measures are to take in order that they can improve their number in the lap of nature.