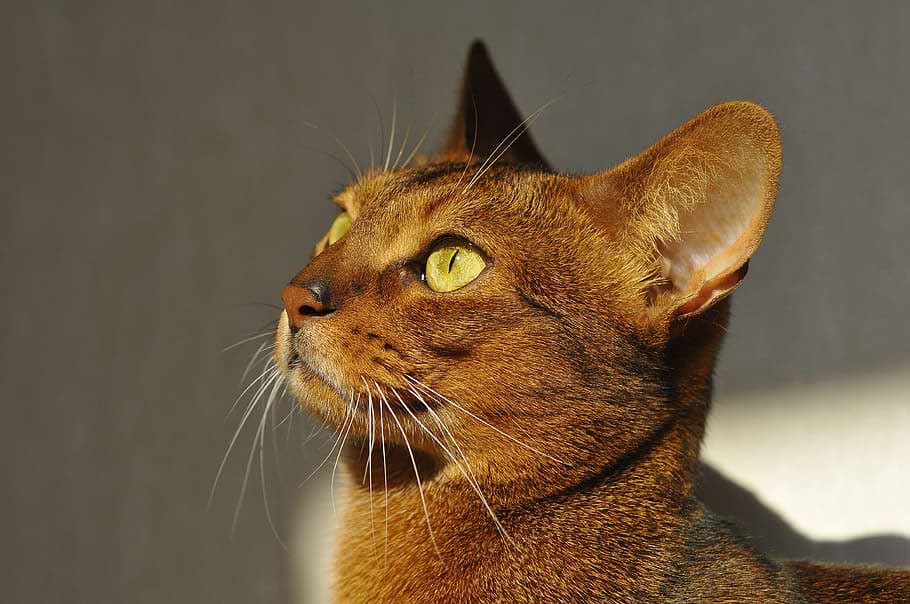 Originated from Abyssinia, the cute colored red Abyssinian cat, known as “Bunny Cat” sorrel, or “Abby,” is a popular cat famous for its beautiful body, slender appearance, and exclusively large and sharp eyes. It is a wild cat breed that can be domesticated very easily.

The cat loves sport and plays with its sheer activeness. The red Abyssinian cat is very affectionate, lovable, and very easy to train. If you have enough time, garden, and passion, and care for the cat, an Abyssinian breed can be an ideal pet for you.

History of the Abyssinian Cat or “Bunny Cat”

Their name represents that the cat basically originated from Abyssinia (now Ethiopia) in Africa.

However, the cat’s breed may also be named after an English diplomat who first brought them from Europe. The first Abyssinian cat’s name was “Zula” and was found in Abyssinia.

The cat may also come up from ancient Egypt. This cat breed is a descendant of Egyptian cats, which was worshiped due to its elegance and aristocracy.

The characteristics of the cat have been mentioned to the Egyptian goddess Bassett, who was most notably an Abyssinian. Historically it is found that the second Pharaoh, Ramesses, first introduced the race to Egypt.

The other reliable source says the origin of this breed is Southeast Asian or more precisely India.

The red Abyssinian cat is a descendent from Zula, a cat imported from Africa to Europe. Upon arrival in Europe, breeders began to cross-breed in order to meet the standard.

The Abyssinian British Shorthair was cross-bred with cats which gave it a beautiful outlook as well as a unique visceral coat. The coat is similar to a rabbit, which earned it the name “Bunny Cat”. 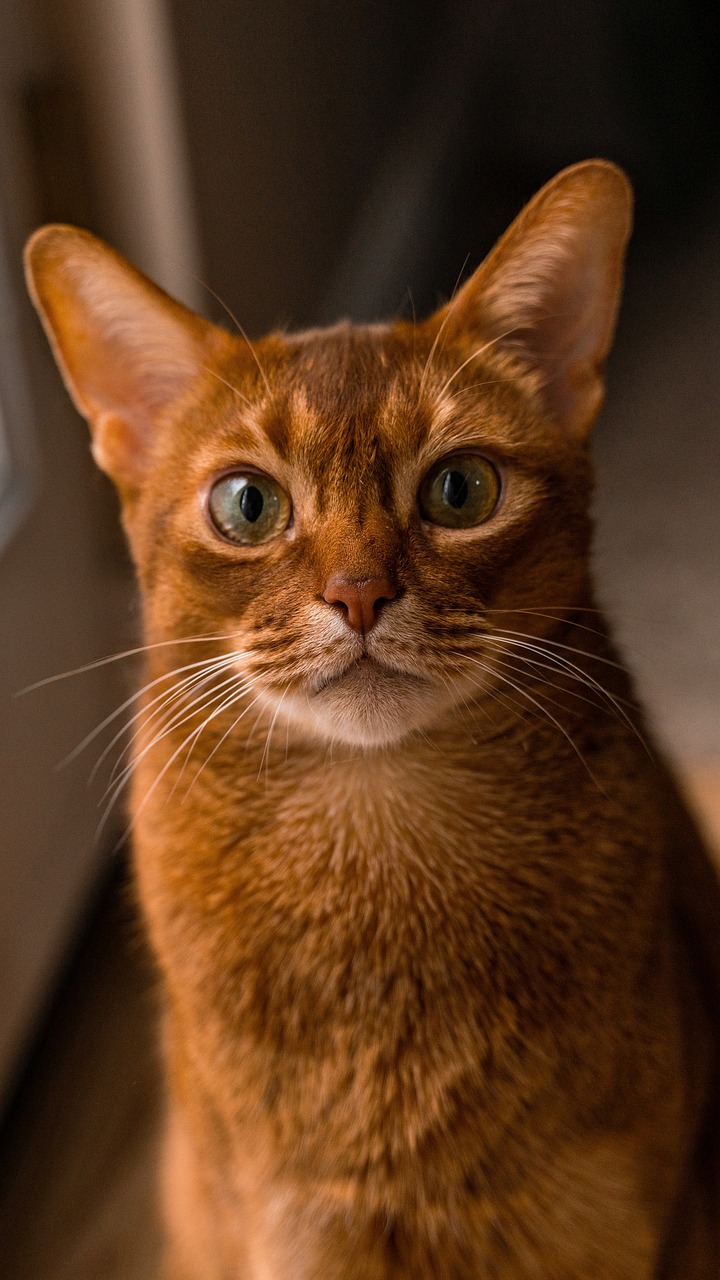 Red Abyssinian cat is of average size, with a thin, slender, and smooth body. They are very active with good muscle and an elegant gait.

They are slightly arched and their long tail is in good shape, which makes a perfect match with the whole body and appearance.

Heads and ears of red Abyssinian cat form a very prominent part of their existence, and they rejuvenate with a great number of cats worshiped in ancient Egypt.

The eyes are nut-shaped and can be yellow, hazel, or green. They have pointed ears.

A red Abyssinian cat or kitten’s coat is short, shiny, and delicate. The coat is long and reaches up to the head, legs, and both of the sides. The color of these coat varieties is one of their significant features.

The fur of the red Abyssinian cat is a mixture of light and dark colors, similar to rabbits.

You may not find stripe on the head of the red Abyssinian cat except for the “rabbit cat”.

There are as many as 28 possible coat colors for Abyssinian cats. The most common ones are the color of the straw as we have mentioned earlier. The breed may also be the combination of red, orange, and brown.

Chestnut and pomegranate Abyssinians have a deep brown/red coat that looks like a cougar. The blue cats have a mix of beige and gray.

A red Abyssinian cat or kitten is a very active and sporting pet, that always keeps it alert. They like to run, jump, and be very keen around them.

It will be good to provide them a lot of space so that they can explore and work on their own. You should also provide them proper training, grooming, and bed.

Despite their hyperactive mood, they remain very affectionate cats. Yet, it is not suitable to make force hug or play with the bare part of the body, in order to keep yourself safe and sound.

Red Abyssinian cat may be unbelievable to some people whom they do not know but they will love the people they love very much.

If you want your red Abyssinian cat to feel confident around you and open to you, then it’s important to take the time to play with her.

This allows you to let off steam while strengthening your bond with him.

An Abyssinian cat may be at risk of several genetic illnesses. Of these, amyloidosis is the most severe for the breed. Kidney failure may not be treated. The disease can be caused by infection, autoimmune disease, or tumors.

There is no way to detect or prevent amyloidosis in a red Abyssinian cat. The disease usually occurs in cats age five years or older. 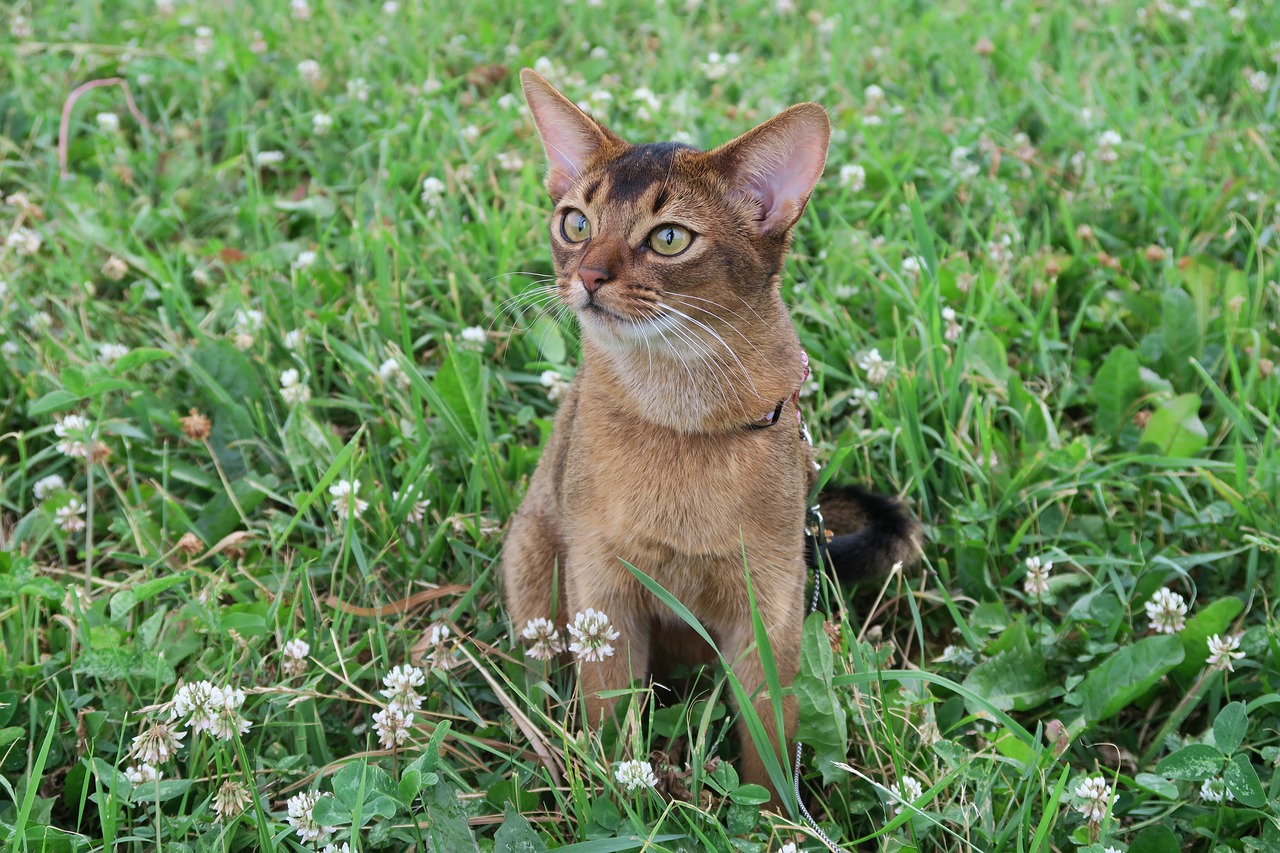 The cat requires certain grooming to turn into the best pet. Combing every day, bathing in intervals, and pruning nails are important.

An Abyssinian cat needs a good amount of space and, if possible, takes them outside for a while in order to keep them happy. Because of their active mood, the cat breed needs more food than most cats.

Their coat does not require too much maintenance. It is sufficient to brush it regularly to maintain the brightness of the fur.

In order to make them familiar and a good family member, provide them several basic training, such as not scratching hand or foot, furniture, carpet, etc. You may also provide the cat training on how to use the toilet and not to go outside alone.